From pilot lights to lighting: 50 years of LED technology 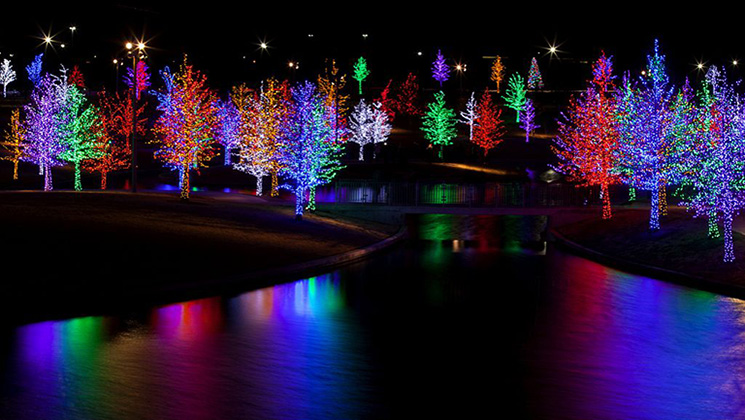 When NickHolonyak, the inventor of the LED, showed his invention to general electric executives more than 50 years ago, he was convinced that leds would replace incandescent light bulbs. Although incandescent bulbs are still the dominant product in home lighting, leds have changed lighting applications in many ways. From the dim red glow of on-off lights to the high brightness street lights used on the streets of major cities, leds have been accepted around the world.

The first LED lights were red. This is not for aesthetic reasons. Leds are made by building layers of semiconductor wafers on top of silicon wafers. As more and more layers of semiconductor chips are added, various additives are being used to determine the color of LED lights. Tiny silicon wafers are immersed in the molten liquid, followed by metal contacts and wires. The first LED light used a solution of gallium phosphate-arsenide that produced a natural red glow. Therefore, the default color of LED lights used as indicators is red.

LED lights made with the new technology can also emit other colors of light, thus greatly expanding the application range of LED lights. But for the first 10 years of their existence, LED lights emitted red light.

As relatively inexpensive, low-power leds began to replace incandescent bulbs in a variety of electronics, the price of those gadgets fell to a level more acceptable to consumers.

The busicomle-120a is the world's first pocket calculator that USES LED lighting in its display. Its display includes seven separate leds. The pocket calculator went on sale in January 1971 for $400. As a result, by that year's valentine's day, the product had become a fashionable item for techies.

In 1972, a century-old clock technology began to embrace leds. Pulsar launched the world's first LED watch that year: TimeComputer. The watch is said to be extremely accurate, operating within 60 seconds a year. It was the first led-lit watch with electronic time telling, and it sold for $2,100.

Unfortunately, the new technology is so power-hungry that wearers need to press a button to tell the time.

Pulsar introduced a calculator watch in 1975, and that's when math teachers started asking students to hand in their watches before exams.

In 1993, ShujiNakamura of the Japanese chemical industry stumbled upon a way to make LED lights emit blue light. This further broadens the scope of LED lights, allowing them to start moving from lights to lights.

As LED lights become more powerful, the flashlight industry is replacing incandescent bulbs with leds. Flashlights use relatively little power, and the bulbs are rarely replaced. It's hard to find a flashlight that doesn't use leds.

LAGear introduced a shoe that glows in 1992. Initially marketed to children, the shoes emit red leds when the heel is stressed. This is a very interesting idea that has injected a new vitality into LAGear's development.

LGGear believes the shoes have a big future and has since launched a new adult version called LightGear. Robert downey Jr. and characters from 'batman' movies have worn them.

The optical mouse is equipped with a set of image sensors connected to LED lights, which can track the movement of the mouse on any flat surface. Optical mouse came out at the same time, also announced the end of the mouse pad product life.

From LED backlight to OLED

For the past 15 years, the HDTV industry has been growing at breakneck speed. The CRT has died out, and HDTV has unified the market. An important component driving this trend is the LED. LED backlight technology replaces CCFL backlight technology, which provides higher contrast and a wider color gamut. In addition, LED backlighting technology also helps reduce the energy consumption of TV sets.

However, LED penetration of HDTVS has not stopped with backlighting. LG unveiled a 55-inch ultra-thin OLED HDTV at the consumer electronics show in 2012. The organic carbon component used in the OLED emits light when an electric current passes by, eliminating the need for additional backlit components. As a result, the OLED TV is only 4 millimeters thick and weighs just 16 pounds. Compared with LCD TVS, OLED TVS use less power, support a wider viewing Angle, produce richer and more colorful colors, and have higher contrast.

To illuminate the road

Changing car lights used to be difficult because conditions were not yet ripe.

Audi's A8L series, introduced in 2010, replaced all incandescent bulbs with leds. Those LED lights may last longer than the car itself. Then another German carmaker did the same. Extremely long service life and lower power consumption make LED lights ideal for car lighting. In addition to practical considerations, LED lights are also cooler and fancier than incandescent bulbs.

CFL lights can create a pleasant atmosphere in your home. Although the demise of incandescent bulbs is inevitable, it is unclear which new lighting technology will be used in the home. CFLS have been on the market for years, but they don't have the warm feel of traditional incandescent bulbs.

Leds can recreate that warm feeling with less power consumption, but they can easily overheat. In addition, like CFL lights, LED lights cost more. But that hasn't stopped big-name companies like philips and general electric from rolling out new LED lights.

In addition to big-name lighting manufacturers, Switch, a start-up in the lighting industry, is trying to promote its LED lighting.

A new section of the BayBridge between San Francisco and Oakland is expected to open in September 2013. When the bridge opens, it will use leds with separate focal points so that the windshields do not glare like standard street lights.

The use of leds in road lighting is not new. The city of Los Angeles is replacing its streetlights with leds to reduce the cost of lighting its roads. The LED lights on the bay bridge are the first to use the new technology to reduce reflections from car windshields.

And the lights on the bay bridge won't be replaced for at least 20 years.

PREVIOUS:How to test the photoelectric performance of LED products? NEXT:What are the important parameters of LED?